Get motivated with these 5 breakfast talks 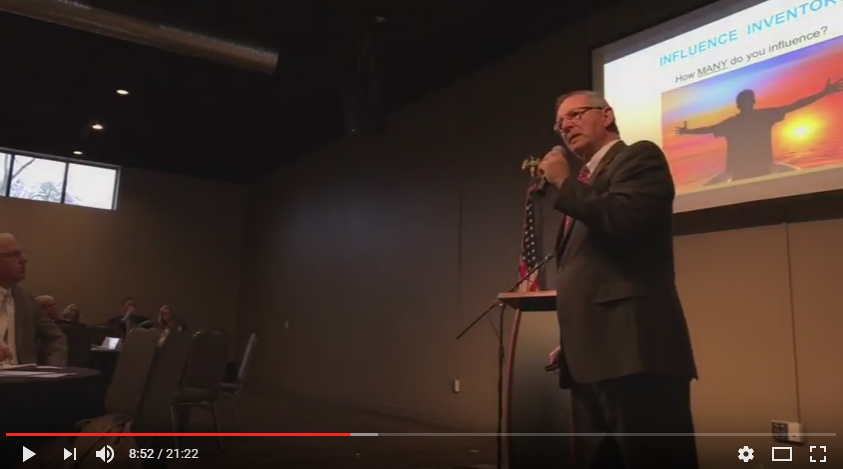 Whether it’s the beginning of the week or the day before a holiday, we all need constant motivational reminders. These five videos from past breakfast
talks are sure to get you back in the swing of things.

The Greater Lexington Chamber hosts breakfast meetings the second Tuesday of each month along with educational lunches
and seminars to help members learn and stay productive. See all the Chamber’s events and add them to your calendar.

Chris Wooten – Being The Leader Worth Following

One question Chris Wooten, owner of Bodyshop Athletics, posed to the audience was “Would you follow you?” He
had everyone in the crowd take a “selfie” and step outside of their bodies to take a look at themselves. If you want to lead, you’ve got to get out
of your comfort zone and get to the front of the pack. During this talk, you’ll learn how Chris did that through his Marine training and in his business
and how you can do the same.

Todd Carnes – How To Pursue Wisdom

Throughout life, wisdom is a word that gets thrown around a lot, but it is not often pursued because it is usually not the most urgent item on the agenda.
Wisdom doesn’t pay the bills, so in many cases the pursuit of wisdom gets put on the back burner and stays there while people pursue success. Success
is urgent. Wisdom is important. But Todd Carnes, town councilman and general manager of SouthernMed, warned that “success without wisdom is a dangerous
force.”

So, how do you pursue both wisdom and success? Todd offers three ways during his talk.

Kellar Kissam – A & B Leaders

Kellar Kissam, Chief Operating Officer and President of Generation, Transmission and Distribution for SCE&G, explains how you lead others who have
found themselves, through no fault of their own, in unimaginable circumstances. There are two types of leaders. Kissam calls them “A leaders” or “B
leaders”.

Learn which one you are and the tools that can help you lead and support those around you both personally and professionally.

How do the best, most productive, most impactful men and women create and sustain their energy? That’s the question that Ben Sands, Founder
& CEO of Sands Leadership, answered at this breakfast meeting by explaining how to use the “high-performance habits” of the world’s most respected
leaders.

Next Degree Leader’s Jim Hatchell shares the tactics that everyone should have in their influence inventory.
“If you interact with people, you are an influencer,” said Hatchell, emphasizing the lesson that everything we do has an impact on those around us.

Force, manipulation, or intimidation won’t be effective tools of influence. Watch Jim’s talk and learn how these four levels of influence can help you
become a leader that leaves a legacy.

Chamber breakfast meetings are the second Tuesday of each month. See all the Chamber’s events, add them
to your calendar and don’t forget to follow the Chamber on Facebook, Instagram and Twitter for daily motivations and updates!